Primary infections show as poorly growing shoots with whitish, shriveled leaves that are covered with powdery spores. Spores from these shoots cause new infections on terminal leaves.  These first appear as pale yellow infected areas that then produce new spores. Infected leaves curl up, and become covered with a grayish to white fungal growth. These new spores cause additional infections on developing fruit. Fruit infections lead to a webbed russeting, making fruit much less valuable in the market.

Podosphaera leucotricha overwinters in terminal buds of shoots infected the previous year. These  infections become visible around tight cluster. Spores produced on infected shoots cause secondary infections on leaves and buds, and eventually on developing flowers and fruit. Secondary infections generally appear near petal fall. Infected flowers do not develop normally and produce no fruit. If mildew isn't treated and allowed to grow, it will cover shoots and leaves, and grow into terminal buds where it overwinters. Once growth stops in mid-summer, new infections stop. If powdery mildew inoculum is in an orchard when the fruit cuticle is developing, fruit finish can be damaged showing as a webbed russett on fruit by harvest.

In New England, spray applications specifically targetting powdery mildew usually are not generally necessary, though warm, dry springs can lead to increased infection of susceptible varieties. For those varieties, in blocks with a history of powdery mildew, scab managment fungicides used from pink through second cover should also have activity against powdery mildew. During extended dry, warm weather during this period, specific applications for mildew may be needed, even when scab fungicide sprays are not.

Low rates of sulfur are effective in low disease pressure environments, such as New England, but the risk of sulfur injury increases as temperatures go over 85°F. In organic production systems, sulfur applied at weekly intervals, and bicarbonate and peroxide-based fungicides applied on 3-5 days intervals are the best options.

Apple cultivars differ how susceptible they are to powdery mildew. Cortland, Gala, Ginger Gold,  Idared, Jonathan, Mutsu (Crispin), Paulared, and Rome are all highly susceptible, while Empire, and Fuji are much more resistant.  McIntosh and Golden Delicious can develop significant mildew when they are next to highly-susceptible cultivars that have significant infection. 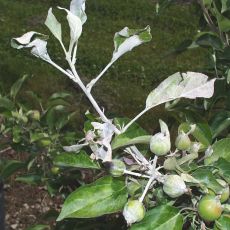 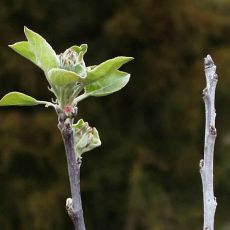 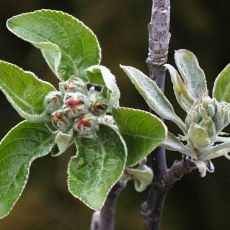 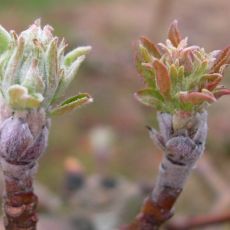 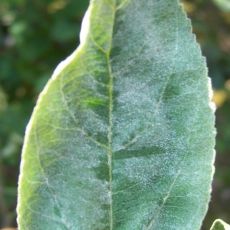 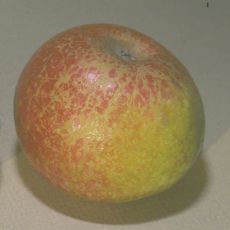 ‹ Fire Blight up Cedar-Apple Rusts ›
Back to top