OBLR attacks mainly apple and occasionally pear, peach, and cherry. Larvae feed on fruit skin, often close to the apple stem or where two apples are in contact. OBLR roll up leaves and hide in these shelters. Injuries occurring early in the season cause pronounced deformations of the fruit and are impossible to differentiate from the damage of green fruitworms. Late season fruit feeding causes small pits in the fruit surface that may go undetected until after long-term storage. 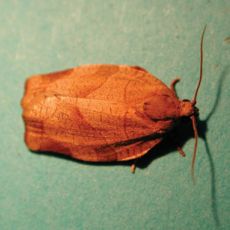 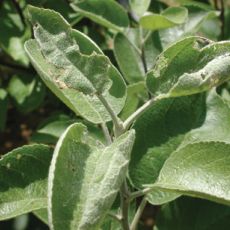 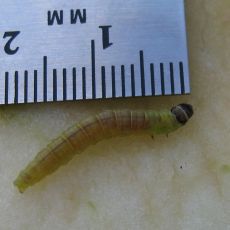 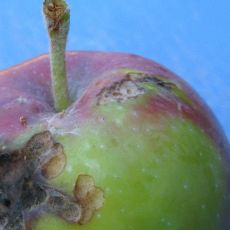 ‹ Mites up Oriental Fruit Moth (OFM) ›
Back to top