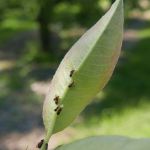 Pear pyslla Cacopsylla pyricola is one of the more problematic insect pests of pear. It is widely distributed, has several generations and life stages, has an unusual ability to develop chemical control resistance, and where left unchecked, secretes copious amounts of honeydew that grows a black fungus making fruit unmarketable. Heavy infestation can also result in tree stunting (psylla shock), reduced fruit set and size, and even death with prolonged infestation.

Adults are dark red-brown in color, with four wings folded like a pup tent over the back. Nymphs have five stages, beginning as yellow wingless 3 mm. long when newly hatched, turning darker, and then finally with fifth-instar have wing pads. Adults hatch from overwintering in bark crevices and under bark in the early spring on sunny days when temperature rises above 50 degrees F. Most eggs are laid by bud break. Eggs hatch by petal fall and nymphs move to axils of leaf petioles and stems. They suck on sap which is changed to honeydew and given off as droplets which surround the nymph. Nymphs go through five immature stages and there are three generations per season!

Look for pear psylla adults on the first nice sunny day of spring before bud break. They can also be monitored using yellow sticky traps. The summer treatment threshold for pear psylla is one psylla nymph/three leaves.

Start with oil sprays in early spring, which deter egg laying. Then beginning at bud break use insecticides with good-excellent efficacy against pear psylla. Focus on early season management to keep psylla from becoming a season-long problem. Pyrethroids (Asana, Brigade, Danitol, Warrior) are good choices early unless resistance is suspected. Esteem, an IGR, has to be applied at the white bud stage then again at petal fall. 14-days after petal fall, Agri-Mek plus oil should give season-long control. Neonics (Admire, Actara, Clutch, Assail), Proclaim, and Portal require two or more applications for adequate control. Centaur and Movento, when applied at the correct timing (nymph hatch), give good control of psylla. Neem compounds ( Aza-Direct and Ecozin 3% EC) require multiple applications to suppress pear psylla. And Surround is effective to deter egg laying by adults and nymph feeding, but multiple applications and complete coverage are necessary.

Pear psylla has become quite resistant to conventional insecticides (pyrethroids). Difficulty controlling psylla with these indicates you have a resistance issue, and you need to try some of the newer chemistries/registrations. Be sure to rotate active ingredients to prevent/delay resistance development. Oil and Surround are good applications too because resistance won’t develop.

For an excellent discussion on pear psylla management, see The Jentsch Lab: https://blogs.cornell.edu/jentsch/?s=psylla 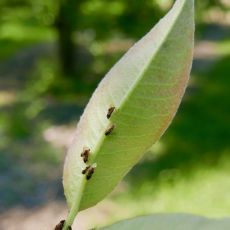 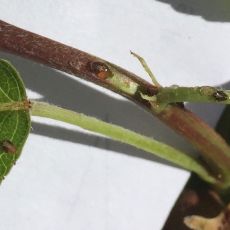 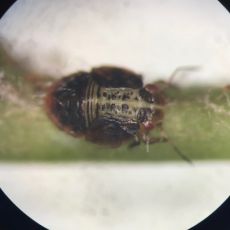 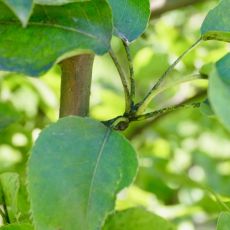 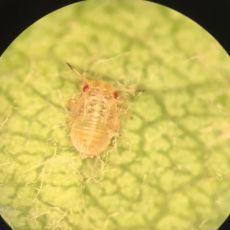 ‹ Codling moth up Plum curculio ›
Back to top