Fruit pecking is largely confined to late summer and fall. We see more of it in dry years than in years with normal rainfall. Some varieties seem to suffer higher than average incidence of pecking, such as Cortland and Honeycrisp.  Fruit that are adjacent to a good perch are common targets. Some growers remove pecked fruit immediately, thinking that it encourages more pecking.  Others leave pecked fruit on the tree, in hopes that the birds will continue to attack just those fruit. Pecked fruit have irregular holes, which are sometimes deep.  Occasionally turkeys do this, and concentrate their attacks on low hanging fruit along a regular route the flock uses while walking. Some rodents (porcupine, chipmunk, voles) also feed on fruit.  Rodent-injured fruit have parallel grooves (of the incisor teeth) in the flesh. Small rodents sometimes leave their tiny droppings on the fruit.

In winter, ruffed grouse and evening grosbeaks sometimes seriously de-bud fruit trees. Often that injury is localized to a few trees close to woods or close to a bird feeder.  Birds concentrate on eating the large fruit buds because they offer more energy than the small vegetative buds. Evening grosbeak is a flocking species that shows cyclic population peaks, followed by several years of low numbers.  We tend to see them in winter, and they are more common in northern New England than southern New England.  They are yellow, black and white, with heavy bills. Ruffed grouse are large, chicken – like birds with mottled brown colors and a wide fan-shaped tail.

When trees are young, and growers hang soap bars to deter deer feeding, sometimes jays, crows and ravens learn to feed on the soap bars.  If they are hung on tender, young shoots, the heavy birds landing on the shoots can break them. This can be a bad problem, because growers plan those shoots to be the scaffolds for the future tree.

Yellow-bellied sapsuckers are woodpeckers that make a series of many shallow holes in the trunks and major limbs of apple trees, and return to them regularly to feed on sap and the insects it attracts. Often the holes are in neat rows. In Northern New England (nesting territory for this migratory species), this activity on apple trees occurs from May through October.  In southern New England, trees are damaged during migration, usually May to early June, and September through October. With the possible exception of a few serious cases in northern New England, it doesn’t appear to cause major problems for the trees.

There are few practical options to control bird feeding on fruit.  Netting is effective but expensive, and is usually warranted only on perennial, high value crops that are heavily attacked, like cherries and highbush blueberries.  Visual and auditory scare devices can reduce bird attacks to some degree, especially when carefully combined. In apples, pecking is sporadic, so options are few.

Dis-budding in winter can be reduced by cutting down nearby forest trees (especially conifers) if they are being used by the grouse. Don’t set up a bird feeder close to the orchard, if you want to avoid grosbeak injury.

Breaking off young branches: if crows or ravens begin doing this, move soap bars to spots where they can’t be reached by landing on young shoots.

USDA Wildlife Services staff are available to assist with a variety of wildlife damage issues, including all the species listed in this chapter (birds, voles, bears, porcupines…). Their telephone number for New Hampshire & Vermont growers is (603) 223-6832. For growers in Connecticut, Massachusetts and Rhode Island: (413) 253-2403.  For Maine:  (207) 629-5181.

Many commercial firms can help with fencing or bird netting. One local company with much experience and helpful information on bird netting options is Orchard Equipment Supply Company.  OESCO is located in Conway, Massachusetts and has been very helpful to many orchardists in figuring out how to set up and what to order for bird netting.  Their website is at www.oescoinc.com  and telephone number is 1-800-634-5557.  They also have a detailed catalog online.

There are other companies that can help, too. 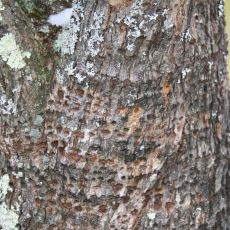 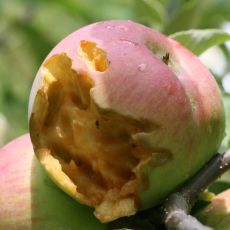 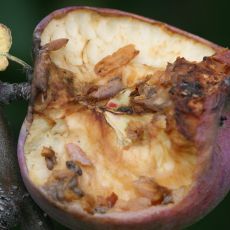 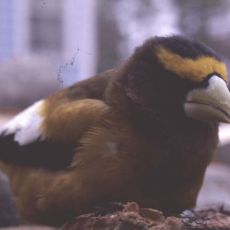