We have two species of cottontail rabbits (eastern cottontail, New England cottontail) plus varying (snowshoe) hare in New England.  Occasionally they browse lower twigs and branches, of orchard trees, and rarely girdle the trunks. Hares and rabbits have both upper and lower incisor teeth, so twigs that they bite off can be distinguished from deer browsing because the cut surface looks clean, as if it was done with pruning shears.  Deer lack upper incisor teeth, so they leave ragged cuts on the twigs they browse. Hares and rabbits can feed only as high as they can reach while sitting on the snow or ground, so the position of browsed twigs is another clue. Taste repellants and trunk painting (often used to prevent southwest injury in winter) can reduce the risk of hare and rabbit feeding. Tree guards can protect individual trees from trunk injury, but they may have to extend to 2 feet (or higher if there is heavy snow). Fencing can keep hares and rabbits out, but it requires smaller mesh (smaller than 2 inches) than that usually employed for deer.

Woodchucks can create problems in very young trees by digging a burrow at the base of the tree, and gnawing on the trunk.  The problem is occasional, sporadic. The burrows themselves may be of significant concern in pick-your-own orchards. The hidden dive holes are a good spot for you, an employee or customer to trip and fall. Some growers shoot woodchucks, or use smoke bombs to asphyxiate them in their burrows.  Then they can fill in the holes. Check on regulations before doing this. Shooting regulations vary state to state. One problem with using smoke bombs is that many species utilize woodchuck holes, and you may kill valuable non-target animals (red foxes and skunks for example, both of which prey on voles).

Porcupines occasionally damage apple trees, and readily climb fences (unless they are electrified). The damage is usually restricted to trees that are close to their dens in large conifers, hollow trees, or rocks.  Usually it is a single offending animal causing the problem. Red Delicious is especially prone to porcupine feeding. The animals prune off twigs and branches, leaving coarse, parallel tooth marks. Beginning in mid or late August, they also feed on the fruit.  Porcupines drop lots of large chips and flakes when they feed on fruit. A porcupine den has a distinctive musky odor, and is littered with droppings plus an occasional quill. The rodents often feed in the crowns of hemlock trees, and the ground underneath may be littered by chewed off hemlock twigs and needles. In snow, porcupines leave a trail with a shuffling gait and tail drag marks. Some growers shoot offending porcupines. In most states they are not protected species. They are usually night active, but local regulations may not allow night shooting.  Taste repellants (thiram for example) can work to some degree.  Porcupines are skilled climbers, so fencing usually does not stop them.  Fine mesh fencing topped by an electric wire may work.

Beavers occasionally cut down (and haul off) orchard trees that are close to waterways. Damage can be prevented by protecting trunks with hardware cloth, or erecting a fence. Those closest to the waterway are most at risk. Beavers are valuable furbearers, and Fish & Game staff may be willing to help you trap & re-locate problem animals.

Raccoon and opossum are two species that occasionally attack ripe tree fruit, especially peaches, plums, cherries and pears. The damage is sporadic, and depends in part on how much other food is available. Taste repellants are not very practical to protect ripe fruit, and trapping is not a very reliable method.  It takes skill and time to set traps correctly.  Electric fencing is one method that works fairly well, and can be temporary.  If the fence is set in a well-mowed spot (so plant growth will not be touching the wires) success can be achieved with only 2 wires, one at six inch height and the other at 12 inches. Before setting up fencing, remember that it restricts movement by farm vehicles. Some pear growers with repeated raccoon problems remove any fruit that are set on high spindly branches, knowing that a heavy animal climbing the tree will break off that branch.

USDA Wildlife Services staff are available to assist with a variety of wildlife damage issues, including all the species listed in this chapter (birds, voles, bears, porcupines…). Their telephone number for New Hampshire & Vermont growers is (603) 223-6832. For growers in Connecticut, Massachusetts and Rhode Island: (413) 253-2403.  For Maine:  (207) 629-5181.

Two local companies with experience and helpful information on fencing and bird netting options are Wellscroft and Orchard Equipment Supply Company.  Wellscroft Fence Systems is in Chesham, NH, and many fencing options are shown in their catalog online. www.wellscroft.com  1-855-327-6336.

OESCO is located in Conway, Massachusetts and has been very helpful to many orchardists in figuring out how to set up and what to order for bird netting.  Their website is at www.oescoinc.com   and telephone number is 1-800-634-5557.  They also have a detailed catalog online.

There are other companies that can help, too. 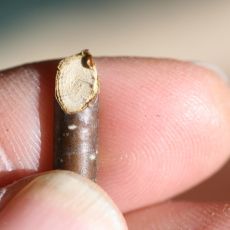 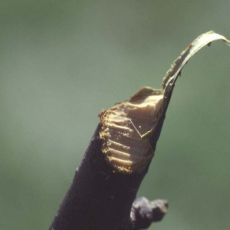 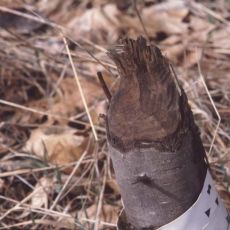 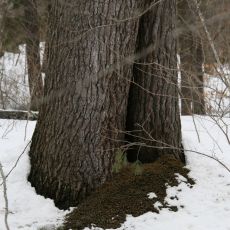 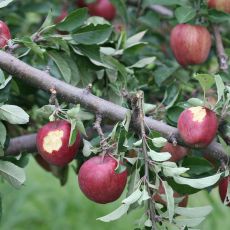